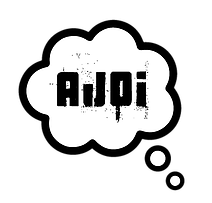 Montreal, November 28th 2017 – The Executive Director and Co-founder of Action Jeunesse de l’Ouest-de-L’Ile (AJOI), Benoit Langevin, is leaving the organization and is taking on new challenges as City Councillor in the Bois-de-Liesse district in Pierrefonds-Roxboro. He will proudly continue to serve the West Island community on a different level and we thank him for his complete devotion to the cause and many accomplishments over the last ten years.

We are happy to introduce our new Executive Director, Tania Charron. Mrs Charron has been involved with AJOI over the past seven years. Very familiar with the projects and partnerships in place, she has been developing the AJOIH (Hébergement/Homes) project to respond to the urgent need of temporary housing known by the AJOI team since 2010. As a former Outreach Street Worker, President of the Board and Development Agent, she understands the wide variety of issues encountered by young people in our community and how AJOI can respond to their needs. Mrs Charron is more than ready to take on this new challenge and will surely make the next few years very successfull for AJOI and vulnerable population by developing various projects, focussing on the strenght of the AJOI team and
bringing new ideas to the table.

Andrée Levesque, our Assistant Executive Director in place since April 2016, will assist Mrs Charron in her new role with a lot of optimism. Working closely with Mr Langevin, youth and partners for the past six years has made Mrs Levesque very knowledgeable both of the inner workings of AJOI and the many challenges at-risk youth have to overcome in the West Island. She has been and is still involved in numerous committees and social projects which makes her a valuable member of the team that is well known in the community. Mrs Levesque will surely make a powerful and effective administrative team with our new Executive Director.

Congratulations to Tania Charron, Andrée Levesque and the AJOI team!