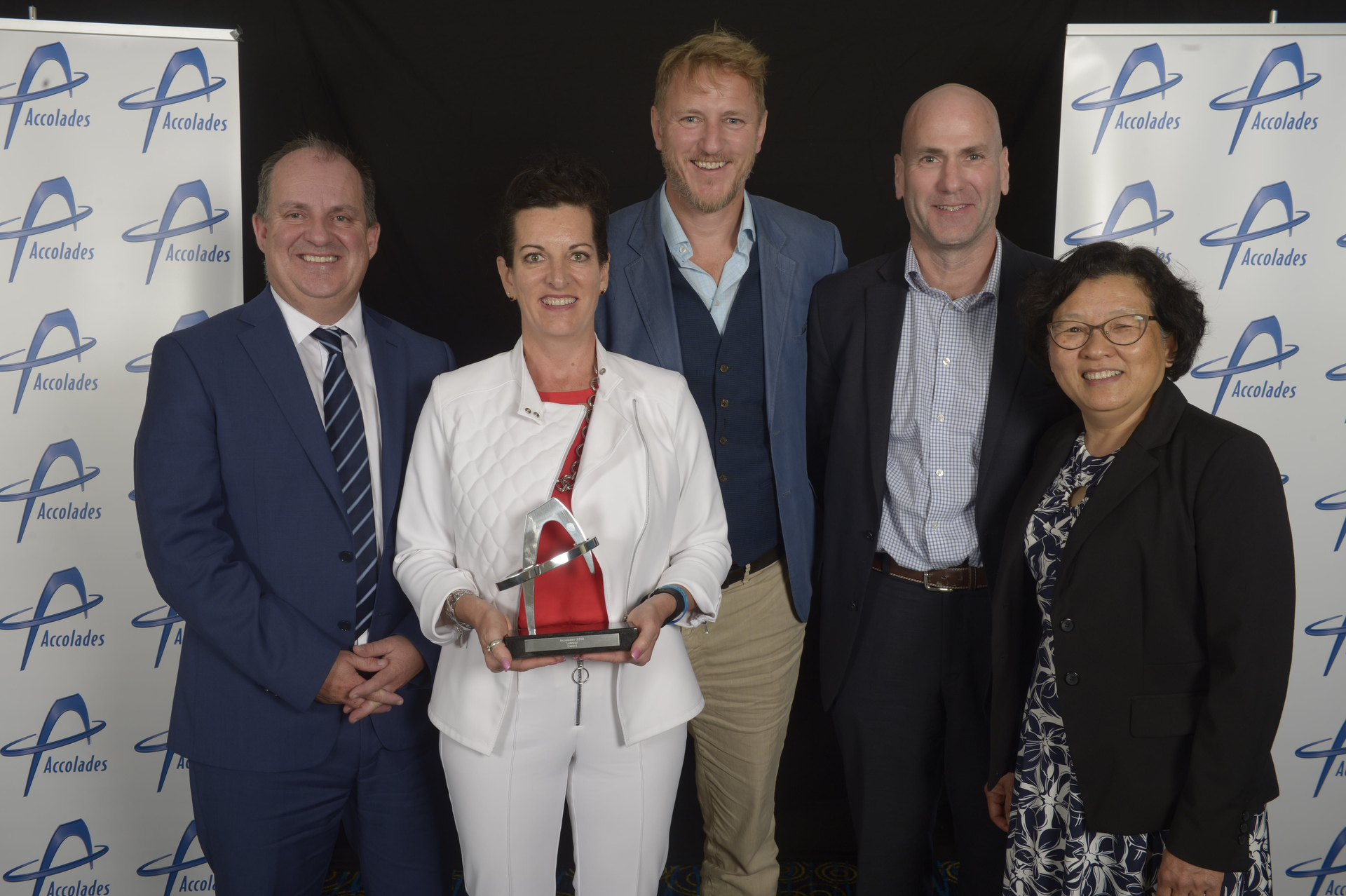 The 2018 Accolades Recipients Unveiled at a Prestigious Gala

Pointe-Claire, June 4th, 2018—Over 300 members of the business community took part in The West Island of Montreal Chamber of Commerce’s (WIMCC) 2018 Accolades Gala, on Thursday, May 31st. The event took place at the prestigious Montreal Airport Marriott In-Terminal Hotel, where the recipients in the 11 categories went up on stage to receive their trophies. The theme of this year’s Gala, Tomorrow Was Yesterday, referred to the fast growth of artificial intelligence and its increasingly important role in the business world.

The evening of the Accolades Gala also marked the beginning or a new initiative from The West Island of Montreal Chamber of Commerce: its all new business newspaper, distributed to all companies and organizations in the West Island (Journal Affaires Ouest-de-l’Île). The first edition was provided to the Gala participants on their way out and 3 more editions are expected this year. A digital version is available here.

The implementation of the Accolades competition and the organization of the Gala would not be possible without the help of the numerous volunteers and the support of the financial and service partners of the 2018 Accolades Gala.  The WIMCC wishes to thank them all for their support.

The West Island of Montreal Chamber of Commerce congratulates once again all finalists and recipients of the 2018 Accolades Competition.

About the Accolades Gala
The Accolades Gala is the WIMCC’s most important event of the year and it offers excellent visibility to its partners. Every year, the West Island community recognizes the quality of the organization and unfolding of the event.

For more information or for an interview:

Accolades 2018 – The finalists and recipients (marked in bold)

The 2018 Business of the Year of The West Island of Montreal Chamber of Commerce : ROOT Data Center