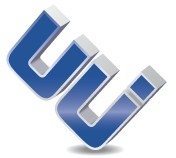 Pointe-Claire, September 28th, 2016 – In front of the Commission des Finances publiques of the National Assembly, the Fédération des chambres de commerce du Québec (FCCQ) expressed their support towards the creation of the Autorité des marchés publics, an organisation that will contribute to reduce the systematic and generalized climate of suspicion, which entails serious consequences.

“The creation of the Autorité des marchés publics must allow the government to engage in a normal and honest dialogue with businesses”, explained Stéphane Forget, interim président-directeur général of the FCCQ and Joseph Huza, President & Executive Director of The West Island of Montreal Chamber of Commerce (WIMCC). “This dialogue must allow the public authorities to take advantage of the expertise, innovation and flexibility of the private sector”.

The FCCQ and the WIMCC believe that the current climate with regards to the way public contracts are managed has serious consequences on our economy because it creates problems in the relationship between the government and businesses and paralyses the process of dispute resolution between those who give the public orders and the suppliers. Moreover, it unnecessarily slows the government’s operations, namely by limiting access to innovation by making the delays longer for the completion of work and supplying.

“Public contracts must allow public organizations to rely on the production capacity, expertise and innovation offered by the private sector, and acquire, here in Quebec, a large proportion of the products and services they need”, said Stéphane Forget and Joseph Huza. “These contracts also act like a lever for the development of cutting-edge businesses.”

The FCCQ and the WIMCC consider that it is essential that the public markets be managed with rigor and that it is necessary that the population trusts the mechanism that manages and controls the process of granting public contracts. This market represents 30 billion dollars in purchases per year in Quebec, which are done by thousands of businesses for a large variety of goods, equipment, works and services. The implementation of the Autorité des marchés publics will help with that.

“For the benefit of all, businesses and entrepreneurs must be able to communicate and work with intelligence and efficiency with public organizations in a rigorous management framework, just like it is the case with other public authorities who succeed in collaborating with businesses from many fields”, concluded Stéphane Forget and Joseph Huza.

About the WIMCC
The West Island of Montreal Chamber of Commerce (WIMCC) is the voice of the West Island business community. Since its creation in 1978, its mission is to represent the interests of its 850 members as well as encourage and promote the development of its business community. The WIMCC’s territory includes all cities and boroughs from Lachine to Sainte-Anne-de-Bellevue. For more information, visit www.wimcc.ca.

About the FCCQ
With its wide network of more than 140 chambers of commerce, the FCCQ represents more than 60,000 businesses and 150,000 business people involved in all sectors of the economy throughout Québec.
As the largest network of business people and businesses in Québec, the FCCQ strongly supports its members’ interests in matters of public policy, thus promoting an innovative and competitive business environment. The FCCQ’s Board of Directors is representative of its diversity, both in terms of member companies as well as local chambers of commerce across Québec.